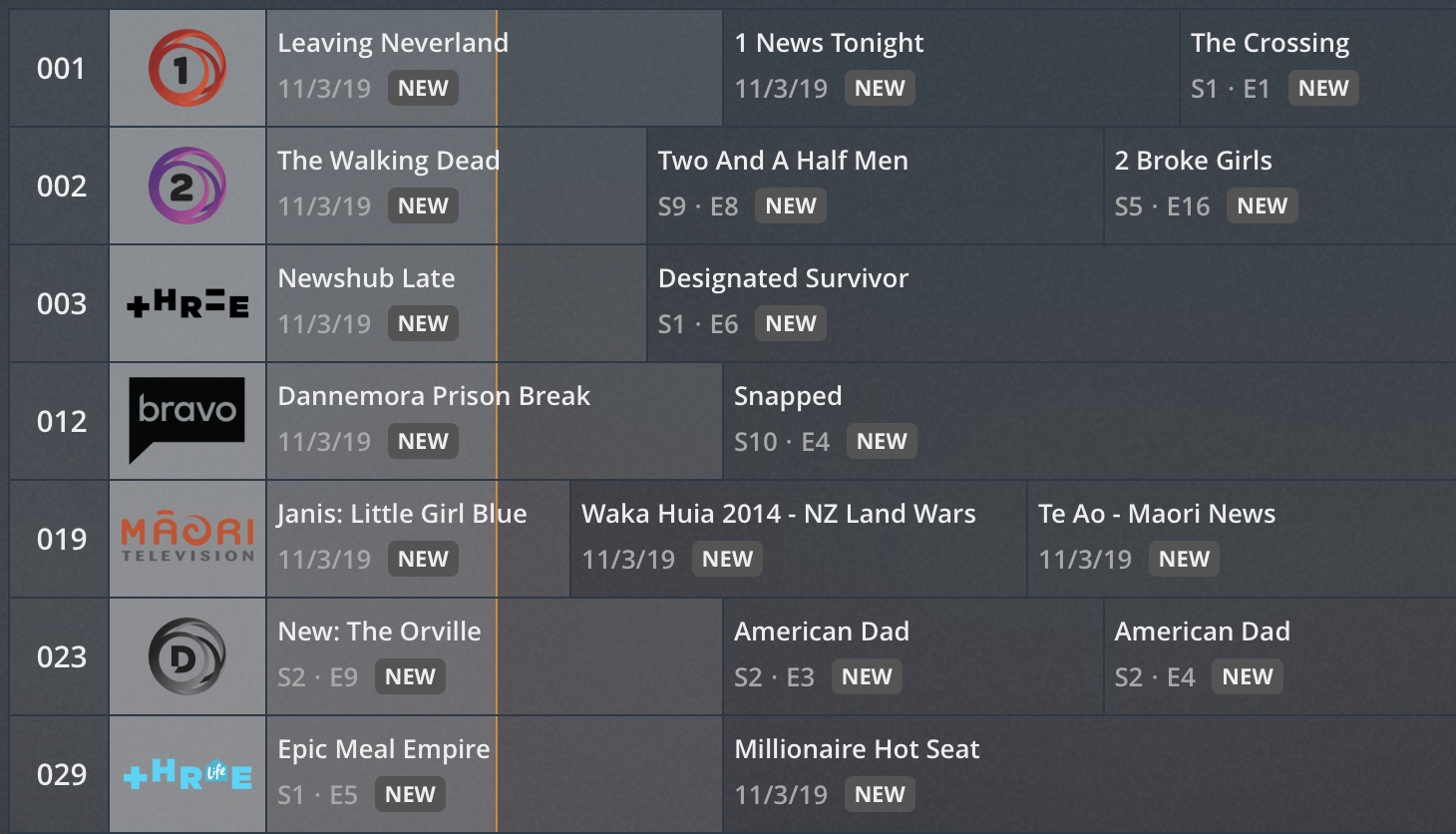 Plex DVR is a very nice way to view or record live TV content. Like everything Plex, its strength is in the number of ways you can watch - they have clients for any device you can imagine and you can easily share with people inside or outside your home. There are also other nice features, like automatic ad removal.

The only problem is you need to have both a physical TV tuner and an aerial, both of which can be impractical depending on your setup. If you’re in New Zealand, here’s a way to use Plex DVR without needing any physical hardware.

You will need a working Plex Server with a Plex Pass. If you don’t have a Plex Pass they’re often discounted around US holidays - keep an eye on their Twitter.

On the surface it’s actually quite simple! That’s a good thing, and so far I’ve also found it quite reliable. The caveat is that not every channel is streamed online so you’ll find those are missing - Prime is the most obvious example.

tellytv emulates a physical TV tuner so that Plex thinks it’s talking to real hardware. There are a few different options out there (try Googling Plex IPTV) but I’ve found this one the most reliable and versatile. An important feature for us is that tellytv supports passing the streams via FFmpeg - Plex is quite fussy about the stream it gets so FFmpeg can sit in the middle to convert the Freeview HTTP live streams into plain mpegts streams without CPU intensive transcoding.

I use Docker to run Plex. If you don’t, you’ll need to find a way to install FFMpeg and tellytv onto your Plex system - Download FFMpeg and try following the guides on tellytv’s Github wiki.

I decided to have Plex and tellytv/FFmpeg in the same Docker container. In my opinion this is preferable since it eases networking and means less to manage, and the two are very intertwined anyway. You can pull this image at jonoh/plex-tellytv

If you prefer to build it yourself:

Plex uses s6 overlay for init so this script will be executed at container run to start tellytv. Remember to make it executable (chmod +x run-tellytv.sh).

tellytv is itself published as a Docker image so it’s easy to copy it to the official Plex image. Note also the inclusion of FFmpeg.

The tellytv config is used to set the source for the IPTV channels. Don’t worry too much about terminology here - for our purposes IPTV means an m3u8 file containing a list of channels and their stream URLs.

You’ve probably noticed that you can watch the likes of TV1 etc on their websites, and the good news is thanks to Matt Huisman we have a curated list of these streams published as an m3u8 file. The magic URL is http://i.mjh.nz/nz/raw-tv.m3u8. Here’s what my tellytv config file looks like:

There’s nothing here you need to change but you should review the docs. If you’re using the Docker image, save this as telly.config.toml in your Plex config directory (whatever mounts to /config). Remember to restart your container. 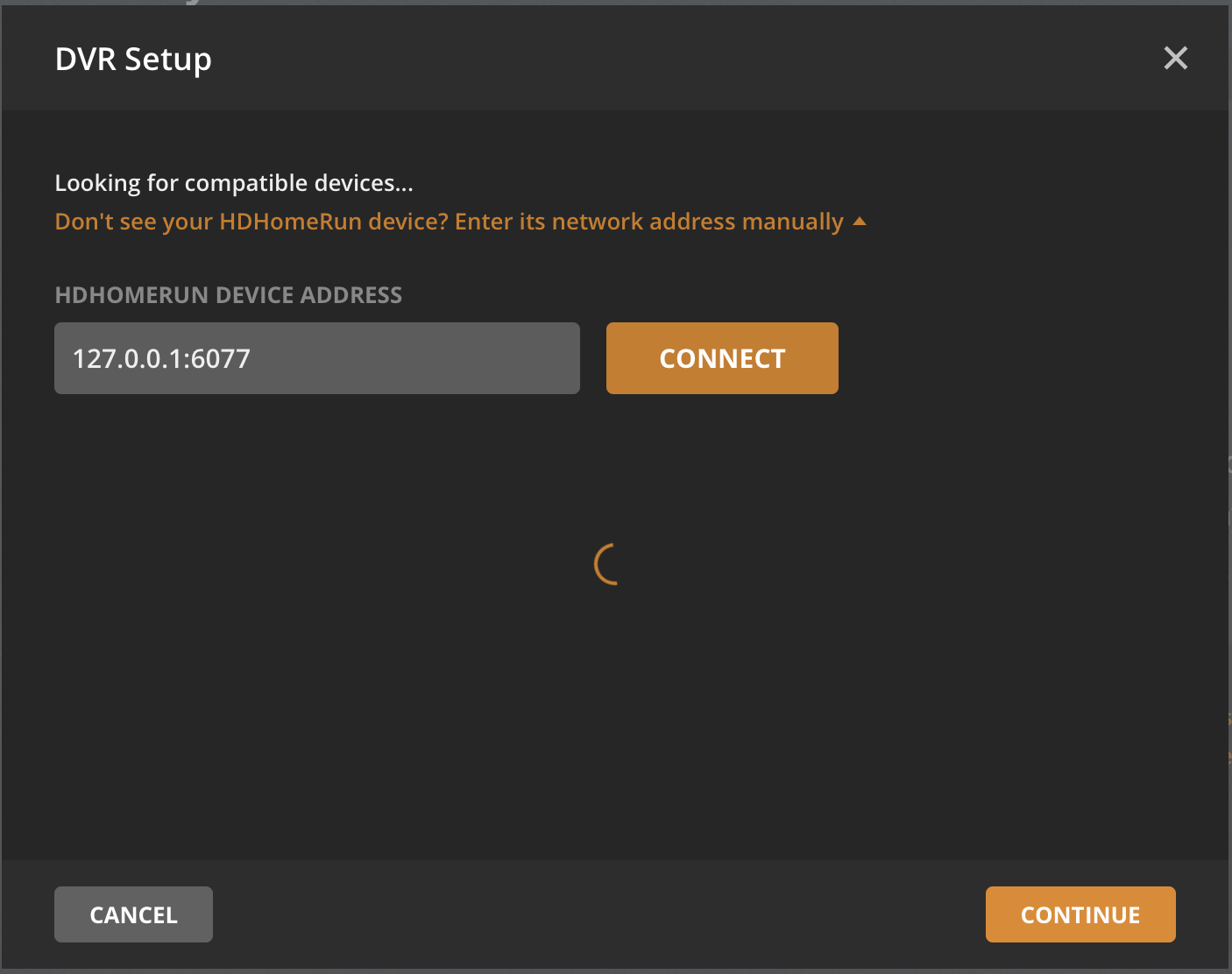 Plex should find “telly”. If not, choose “Don’t see your HDHomeRun device…” and enter the “Base-Address” from your tellytv config.

⚠️ Plex seems to have a bug that means even after entering the address nothing may appear. As long as the Continue button is enabled you are good to go, just click it.

Plex will (via tellytv) pick up the available channels. Change the country to New Zealand to continue. 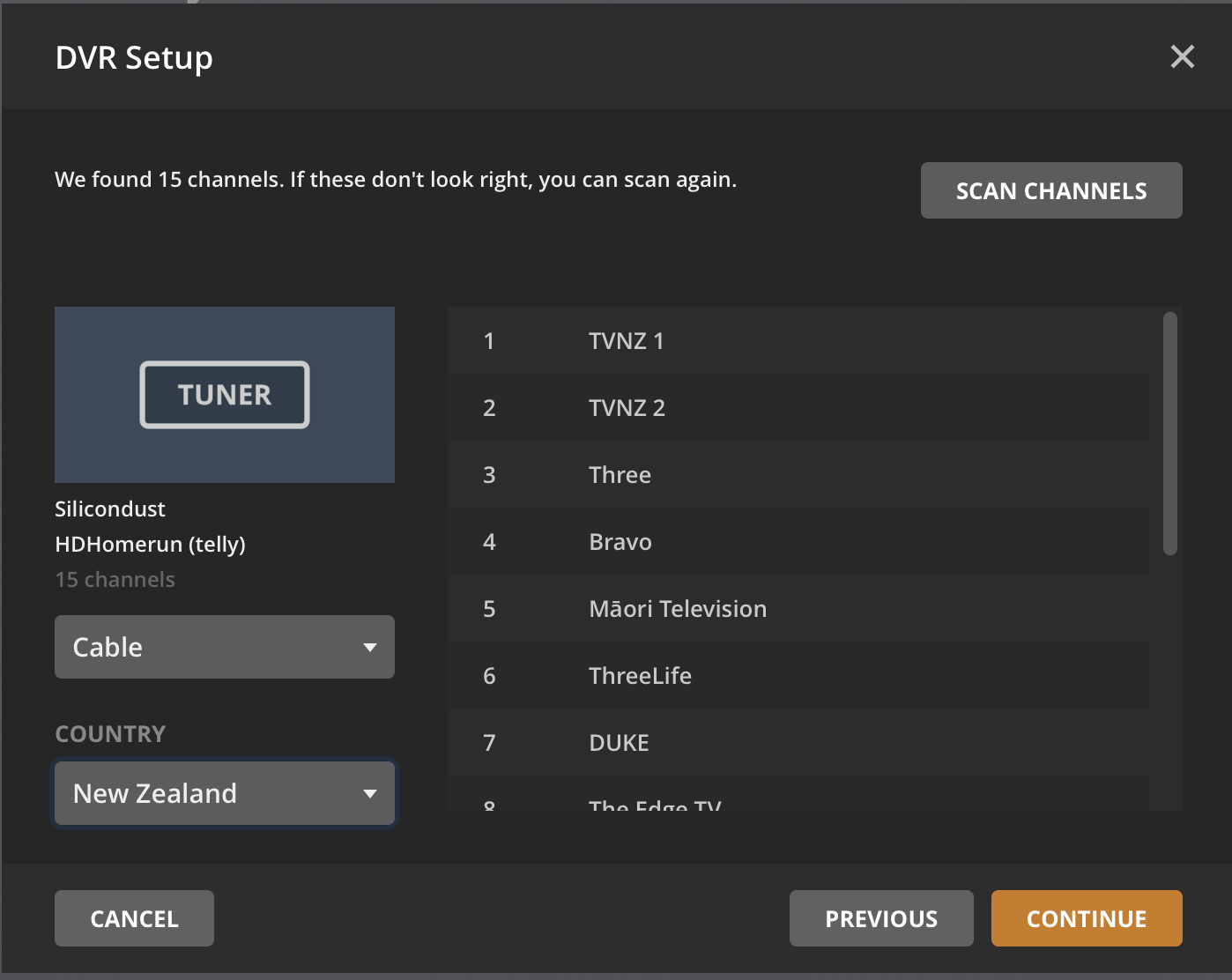 Before going further, a word on guide data. Plex has built in data, but unfortunately it seems to be a bit shit for New Zealand.

Instead, take advantage of Plex’s XMLTV support to point to a better data source. Some choices:

There are other sources of this data but I don’t recommend them. Both of the above have logic to detect movies versus TV shows which is important for Plex to save recordings to the right place.

Having figured out your source, choose the XMLTV option and enter either a local or HTTP path. 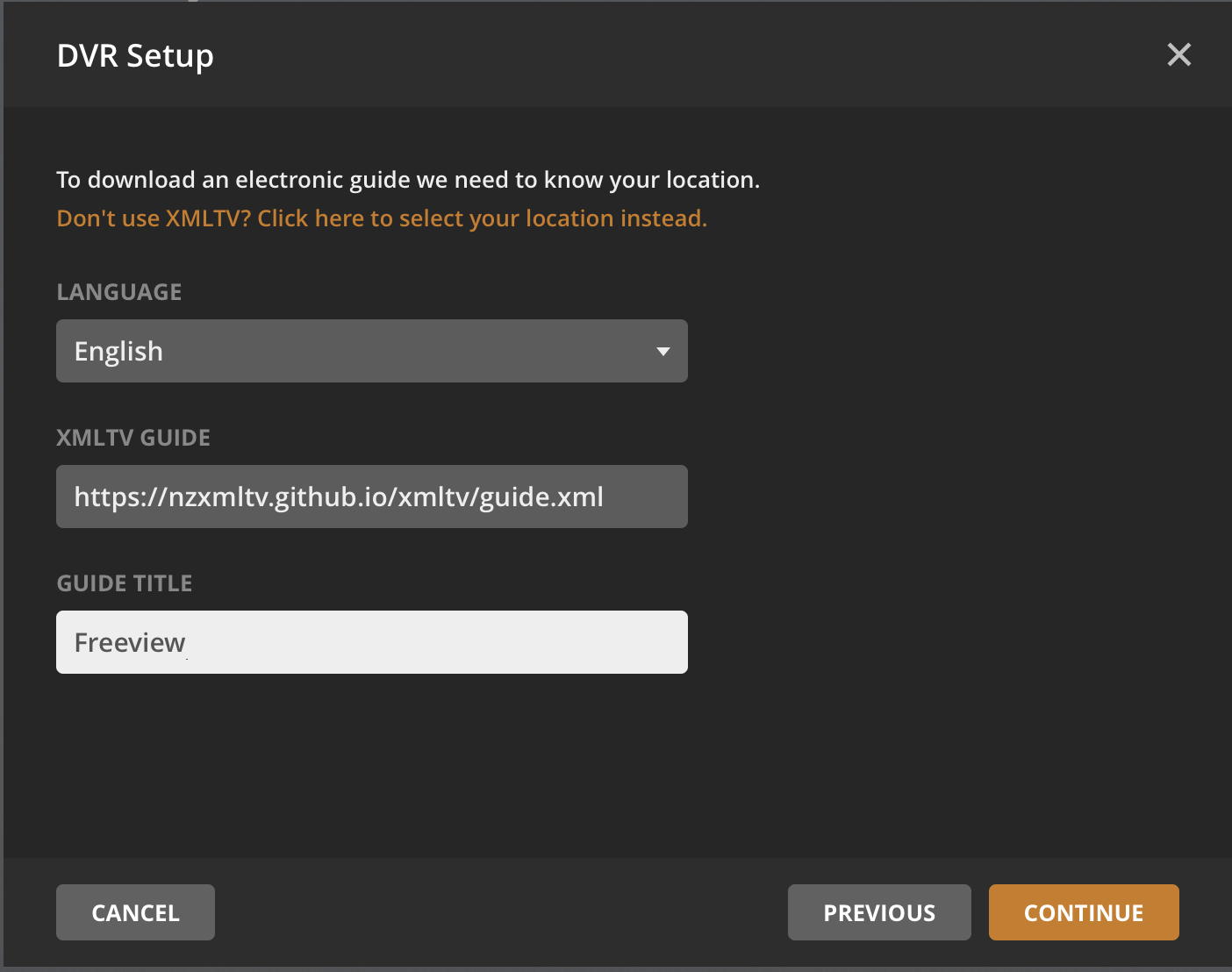 Review the channel mappings - Plex takes a guess but it pays to review. You can also remove any stupid channels.

Plex will take some time to populate the guide… a good time to review the DVR settings and turn on Remove commercials.

We’re done! Go and check the guide and try watching something.